Storm Arwen no match for Regent

HomeStorm Arwen no match for Regent
rbadmin
News
No Comments 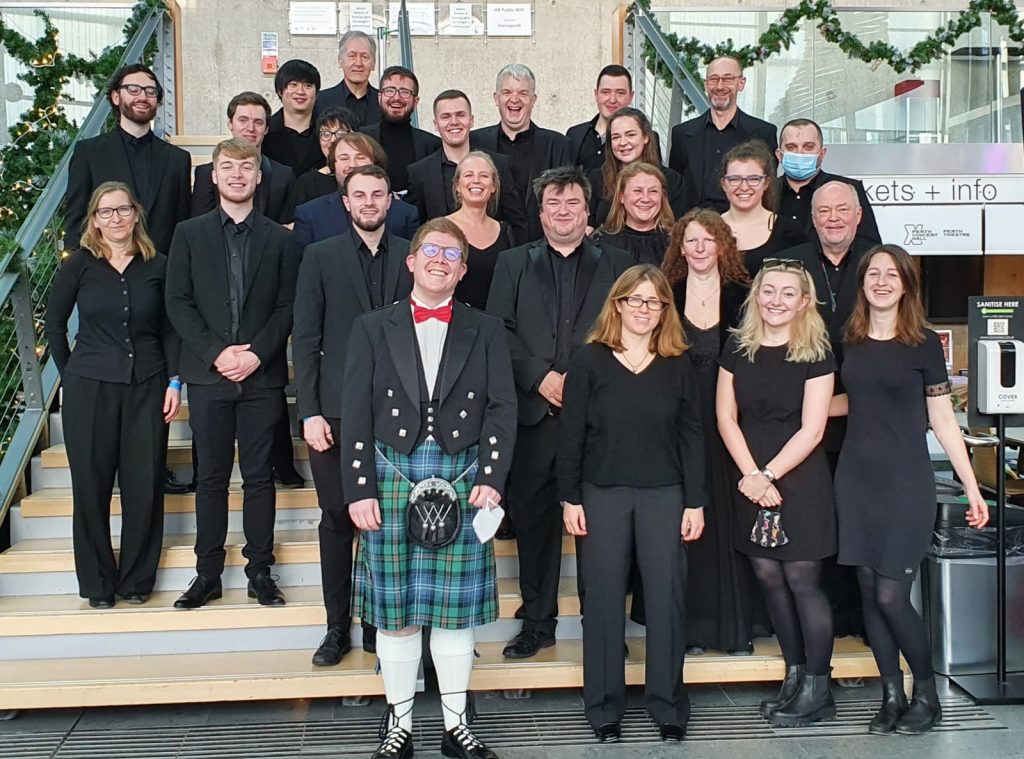 After a two-and-a-half-year hiatus, Regent Brass finally made a return to the contesting circuit last weekend as we took part in the Scottish Challenge trophy, which is part of the annual Festival of Brass, organised by the Scottish Brass Band Association (SBBA). The band last performed on the contest stage in 2019 at the London and Southern Counties regional finals, so this enforced gap in competitions was the most significant in the band’s near 40-year history.

To underline the challenge of this contest, the distance between the band’s rehearsal room and the Perth Concert Hall where the contest took place is some 446 miles. Band members opted to travel in various modes of transport which quite literally covered planes, trains and automobiles. What none of us could have factored in was Storm Arwen, the first named storm of the season causing chaos, especially on trains, where there were a number of very significant delays – for two of our members, this involved being stranded in Preston for nearly six hours – and for several others, very bumpy flights, one of which needed three attempts to land!

However – we all made it in one piece and enjoyed a good weekend of brass together, culminating in our performance of Thomas Wilson’s ‘Refrains and Cadenzas’ in the Scottish Challenge contest as our own choice. The test has not been performed at a contest since 1994 so to perform the score, which 4BarsRest described as ‘sparse’ was highly challenging for the band – then made more difficult by enforced Coronavirus restrictions forcing us to sit a metre apart and a hall with a very lively acoustic! We however gave a very strong account of the music, which was well received by an enthusiastic, if slightly stunned audience at the conclusion of our performance. 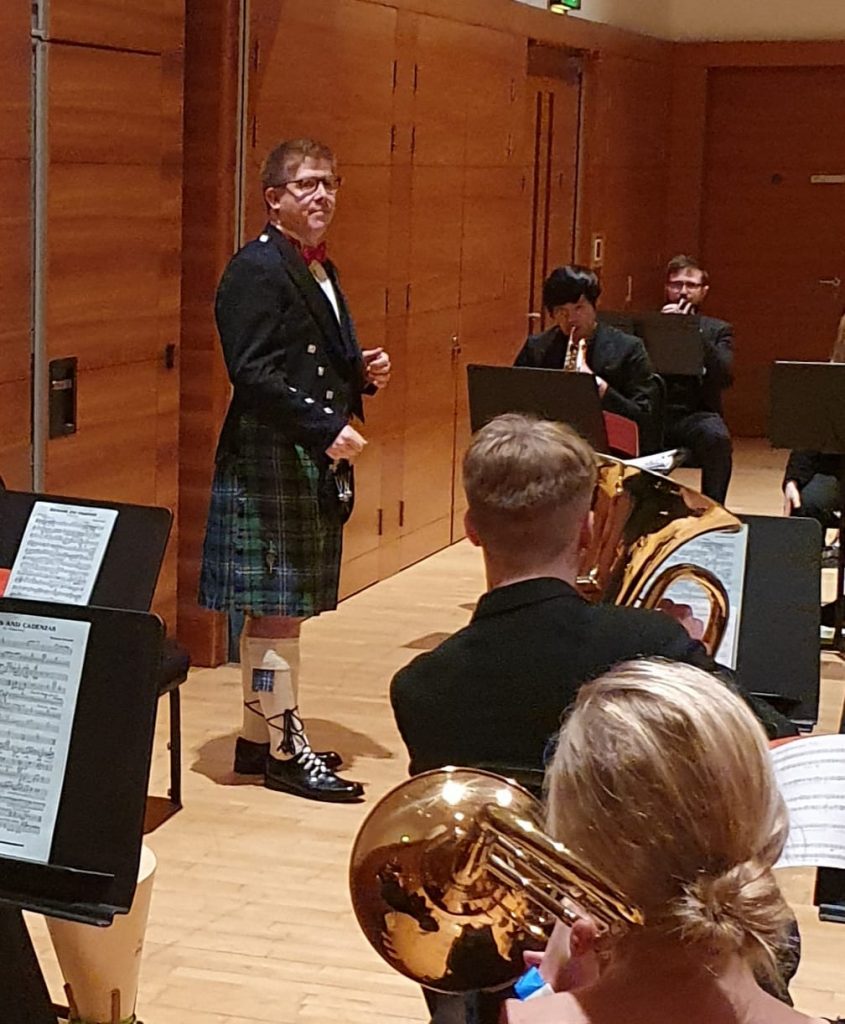 The music is very thinly scored, allowing for every detail to be heard, which placed a lot of pressure on the band to deliver what we had worked so hard for in the rehearsals leading up to the contest. We didn’t leave anything behind from our rehearsals, and the performance itself was recognised by the adjudicators, Steven Mead and Paul Holland, for its quality and full band sound. In particular, the band’s principal euphonium, Sam Noden, gave an outstanding performance of the technically difficult and highly expressive solo section in the middle of the work, being recognised by The British Bandsman in their live commentary as our Star Player.

Overall, the band was placed sixth, which against other bands of a similar standard we were happy with. Although we obviously care about the result, we also recognised the overall importance of getting back to the stage and representing Regent as well as we could and announcing our return to contesting in the best way possible, something that we certainly achieved. We now look forward to our next contest outing, which will be at the return of the London and Southern Counties regional finals contest series in March 2022, where we will be performing Gilbert Vinter’s seminal work, ‘Spectrum’.

Regent Brass is a 28 piece brass band, based in North London at the Salvation Army Corps (Chalk Farm). We are a band that 'dares to be different' and have appeared on Radio and Television. We rehearse Thursdays from 1930 - come and see us!
FacebookTwitter
Search Site
Recent Posts
Keep up with our news and upcoming events by subscribing:
Latest tweets
Impossible to retrieve tweets. Try again later.
Categories
Amazon Affiliates