The Regent Brass Bands Set for a Day at the Races!

HomeThe Regent Brass Bands Set for a Day at the Races!
rbadmin
Blog, Contest, News, Review
No Comments
After much preparation from both Regent Brass and Regent Community Brass, both bands have been selected to represent London & Southern Counties at the National Brass Band Championships of Great Britain! Following the Regional contest, held in Stevenage on Sunday March 19th, Regent Brass placed 2nd in ‘Section 1’ whilst Regent Community Brass took the coveted 1st place in ‘Section 4’! Both bands will perform in their respective section finals at The Centaur, Cheltenham on the weekend of September 16-17 2017. 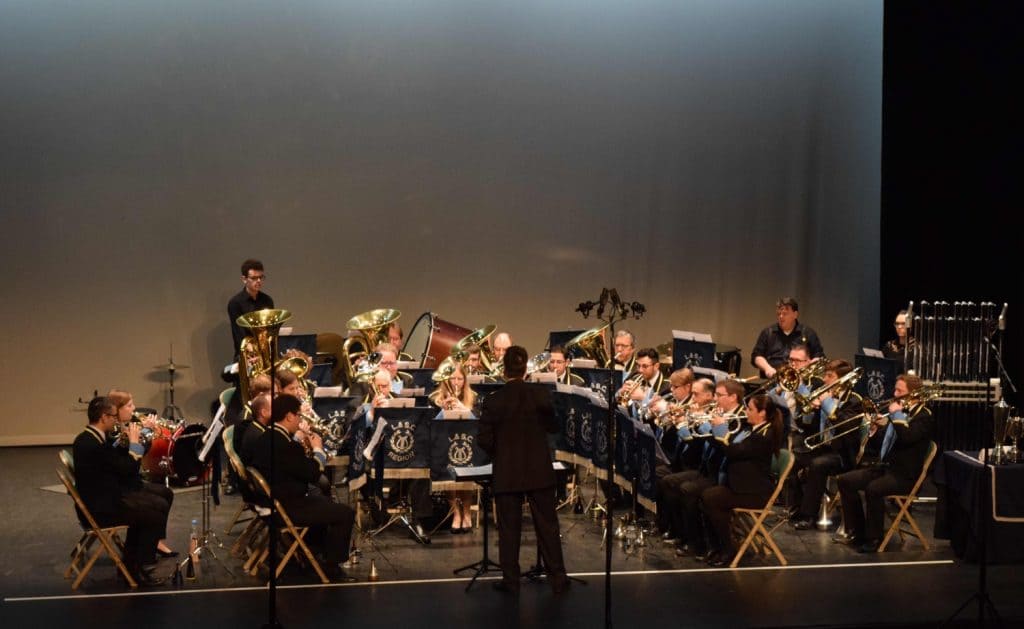 If you read the Regent pre-contest performance review, you will know that both bands were progressing well but the pieces were certainly proving to be what they set out to be… a test! This is still not an indication of how things will go on the day, and the nature of brass band contesting means that almost anything could happen. Chris Bearman (MD for Regent Community Brass) and Nicholas Thompson (guest MD for the Regional Contest with Regent Brass – a write-up on Nick coming soon!) both reminded the bands of the importance of a ‘clear head’ and replicating the quality of rehearsals on stage. As it happened, it may have been clear heads that gave the Regent Bands an edge as comments from onlookers for both bands remarked on the stability of each performance. Despite some small errors, as can happen, even the most critical were positive. The British Bandsman website noted of Regent Brass that is was a “well-led performance…” whilst 4barsrest exclaimed that the Regent Community Brass performance was “…so well done!” On top of all that, Regent Brass were also awarded the Collin Hills trophy for the best Bass Section in Section 1. The trophy is particularly meaningful to the band as the award was created following the passing of Colin Hills who was a member of Regent Brass for some time.

With 17 bands in the Section 1 and 18 in Section 4, both bands blew away some hefty competition! If you are new to brass band contesting, all bands play the same (challenging) piece for ‘blind adjudication’. If your playing, interpretation, vibe, telepathy makes an impression on the adjudicators then you might come near the top of the pack, and the top two or three bands will carry on to the National Finals. This year the top three bands have been selected for the National Finals and will be joining the other Regional winners at The Centaur in Cheltenham Racecourse.

Both Regent Brass and Regent Community Brass will begin work on the new test piece shortly after it is announced in late April – until then it’s rehearsal as usual and working on programmes for upcoming events. A big thank you to the players for their commitment, the MDs for their guidance & passion and, of course, to all of the Regent friends and supporters.

Keep up with our news and upcoming events by subscribing:

Regent Brass is a 28 piece brass band, based in North London at the Salvation Army Corps (Chalk Farm). We are a band that 'dares to be different' and have appeared on Radio and Television. We rehearse Thursdays from 1930 - come and see us!
FacebookTwitter
Keep up with our news and upcoming events by subscribing:
Latest tweets
Impossible to retrieve tweets. Try again later.
Categories
Amazon Affiliates