Regent Brass : On A Mission

On A Mission showcases the diverse range of repertoire performed by Regent Brass and celebrates the individual talents of its members.

Three new works are featured on this recording from the pen of Martin Pearce, Philip Doe and Alan Duguid; all current members of Regent Brass.  The March DEEP HARMONY uses the eponymous hymn tune as its inspiration, while ON A MISSION FROM GOD derives its central theme from the old slavery song Hand Me Down My Silver Trumpet, Gabriel and is inspired by the gospel mission scene from the 1980 film , The Blues Brothers. THE NORTHERN LIGHTS OF OLD ABERDEEN was written for the 50th birthday of Eric Kidd, the very well-respected Aberdonian brass teacher.

Moving on to the band’s soloists, Tetsuro Okamura performs Gordon Langford’s lyrical RHAPSODY FOR TROMBONE, which was written for Don Lusher in 1975 and his arrangement of BERCUSE DE JOCELYN by Benjamin Godard.  Barbara King performs NAPOLI, the classic set of variations on Finiculi Finicula written in 1932 by Herman Bellstedt, and Victoria Curran brings to live Chuck Mangione’s award-winning score from the 1979 film THE CHILDREN OF SANCHEZ.  John Gafney performs the nostalgic Japanese folk melody, AKA TOMBO (Red Dragonfly), and we travel to New Zealand for the Maori love song, POKAREKARE ANA performed by kiwi Michael O’Shaughnassy.

Moving back to ensemble pieces, we have two very lyrical original works in Gareth Wood’s tranquil JAPANESE SLUMBER SONG, written in 1981 using Japanese modes, and MID ALL THE TRAFFIC, a delightful setting of SHENANDOAH from the Salvation Army catalogue.  The Burt Bacharach classic I SAY A LITTLE PRAYER lightens the mood, while the central work to the recording is Philip Sparke’s THE YEAR OF THE DRAGON. Written for the Cory Band in 1984, this piece consists of a Toccata based around a selection of fragmented themes, an Interlude in the form of a languid trombone solo and the Finale which is a real ‘tour-de-force’ and builds to an exciting conclusion.

Purchase On A Mission and Pay securely with PayPal.

Images from the Recording Session at Bonneygrove Primary School, Cheshunt on 12,13 and 14 October 2012. 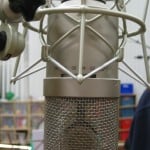 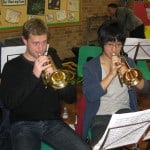 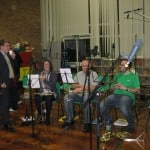 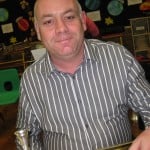 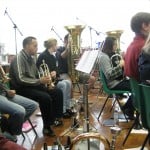 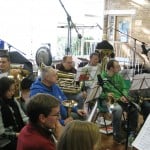 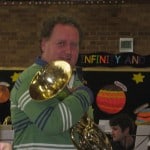 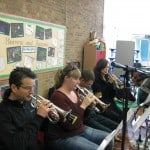 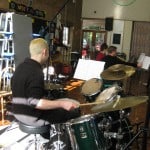 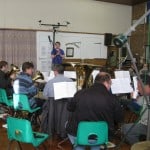 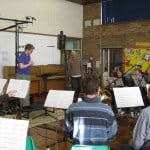 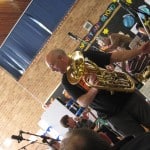 John prepares for Aka Tombo 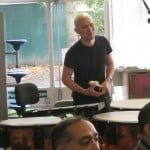 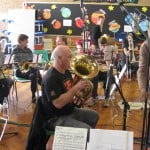 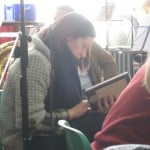 Any good gigs coming up? 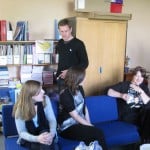 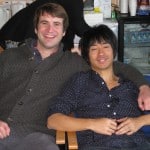 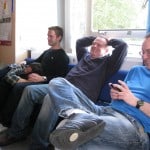 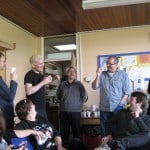 Another hilarious anecdote from Mr Kirk. 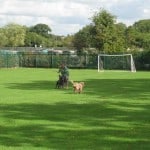 One man and his dogs… 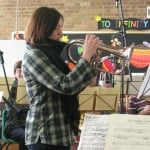 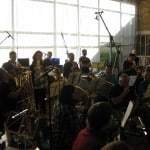 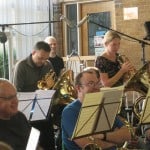 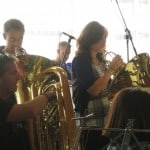 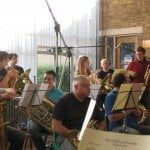 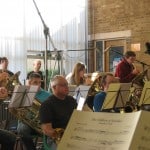 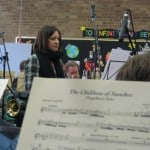 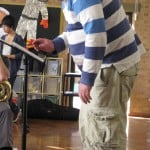