Saturday 2nd November saw Regent Brass take to the stage in two entertainment programmes in the First Section and Championship section at the Wychavon Entertainment Contest. Running in its 29th year, the contest has grown from strength to strength and now also awards an important qualification place to the Spring Festival in Blackpool.

The band’s Championship programme included a fanfare composed by Lars Janocek, an Elizabethan Pavanne from the pen of John Bull, and the finale item was Gavin Higgins’ ‘Freaks!’, a solo trombone feature, based on a 1930’s horror film of the same name. The adjudicator in the section, Michael Fowles, was very keen to point out the bravery of our ‘real music’ choices in the programme, but unfortunately, as is sometimes the case, there were some on stage issues which resulted in a last place for the band. Not our day, but we did get some remarkably encouraging comments.

Regent sends congratulations to Filton Concert Brass who won the section, and also to Verwood Concert Brass, who took home the valuable qualification place for the Spring Festival. Well done to you all!

The First section programme opened with John Bull’s ‘Kings Hunting Jig’ which provided a challenging and rousing opener to the bands programme. We then featured two compositions from one of the band’s in house composers, Peter Yarde Martin. The first of these was an E flat tuba solo, ‘Fabulous Gecko’, which depicts the lizard wondering around a busy city late at night, with all the sights and sounds that this brings. The complex solo, written in compound time, was very ably delivered by the band’s principal tuba, Adrian Parker. This was immediately followed by another original work, ‘Strange Light’, which was written to depict the shifting colours and hues of the famous Northern Lights. The adjudicator in the section, Nigel Seaman, congratulated the band on ‘stretching the entertainment concept’ and providing ‘a truly original programme’ in placing us 7th in the section. 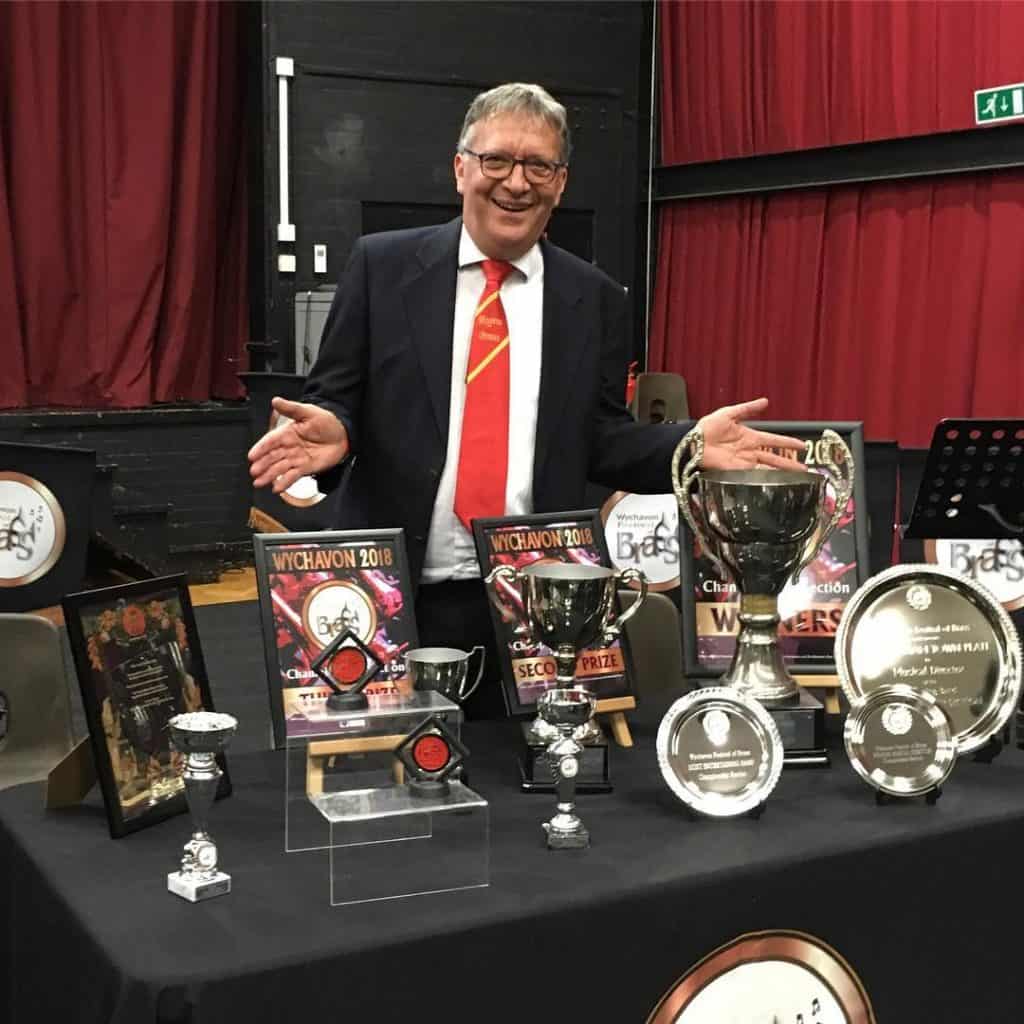